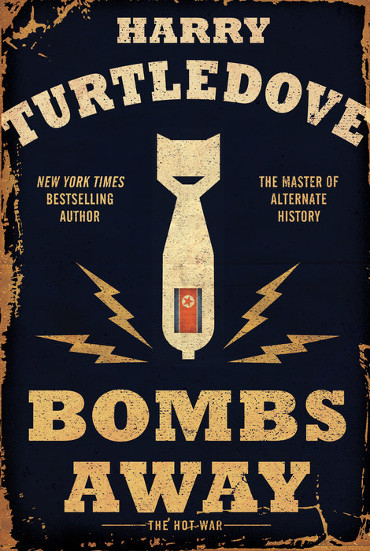 Bombs Away: The Hot War is the first volume of a series set in a alternate version of history. As spoiled by the title of the title of the book, nuclear weapons are used in the korean conflict. General MacArthur is authorized to use nuclear weapons against the Chinese forces that intervened, and strike targets on Chinese territory. This nearly happened in reality, MacArthur proposed this strategy to Truman which was the U.S president at the time, bu luckily he turned the proposal down. This book looks into how event might have turned out if nuclear weapons was used in Korea.

The book follows the perspective of several characters, sort of in the same fashion as the "A Song of Ice and Fire" series. The characters are from both sides of the iron curtain, so we get a perspective of how things are on both sides. The perspective is a bit skewed to the western side, as one of points of views is Truman. Stalin or other leaders in the USSR does not get a point of view. While it would be interesting to get such a view, it would ruin the suspense of the book somewhat. Writing a believable Stalin character is also not going to be easy.

I enjoyed most of the characters, except for Aaron Finch. I find his point of view quite boring, as he does not really do anything exciting. This could of course change in a later volume. The only thing that seems to happen to him is that he takes a soviet pilot as prisoner, and then promptly hands him over to the police. Except fo him the other characters has interesting stories, and is participation or witnessing important events. A common expression used by the USSR characters are "I serve the Soviet Union!" which has multiple meanings depending on the context. This is explained in the book, not only the first time, but nearly every time the phrase is used. I found it a bit annoying to have to read the explanation of the phrase each time it was uttered. In overall I enjoyed the book, and I am currently reading another of his alternate history books. Looking forward to the next volume in the series.